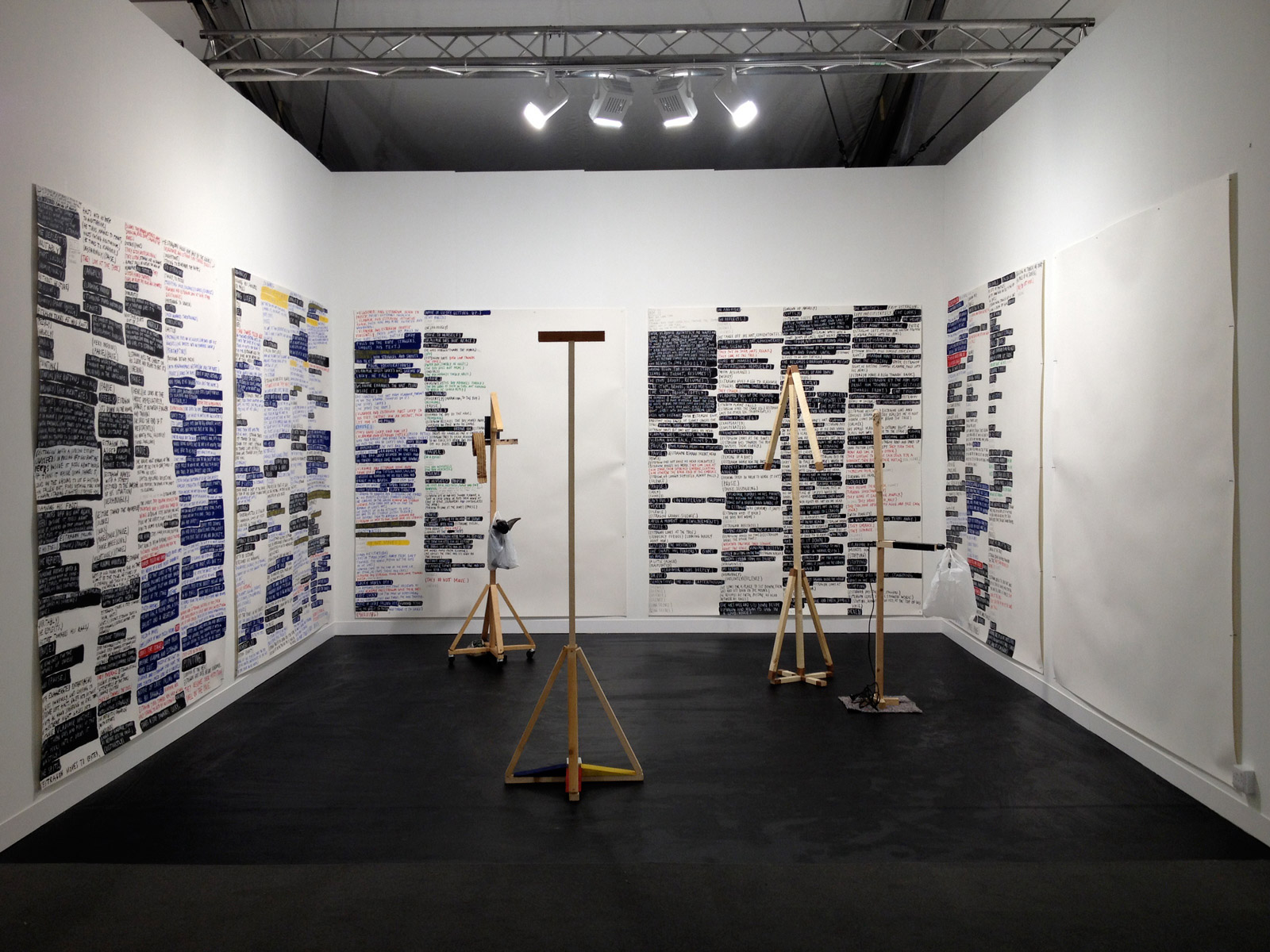 
The walls of the booth are covered with large text drawings that refer to the stage directions of the play ‘Waiting for Godot’ by Samuel Beckett - a play in which the two characters wait endlessly for the arrival of someone named Godot. Throughout the entire fair five dancers are performing the directions of pause, understood as a physical and mental state in which each of them has the freedom to choose between standing still or moving on. Sculptural objects refering to this in-between state serve as focus point and mirror the performative installation.

) pause ( reflects upon the absurdity, the tragedy and comedy of progressive movement during a ceaseless standstill. The donkey as the ever-working beast of burden is a recurring motive in Timmermans works and has appeared in the performance ‘Métro-Boulot-Dodo’ and the on-going work series DRUSBA. With the latter – ABSURD in reverse – Timmermans further develops questions about the nature of absurdity and routine, proclaiming that absurdity can only be countered with absurdity: a consideration that equally influences this ‘Marche de l’Ârret’.