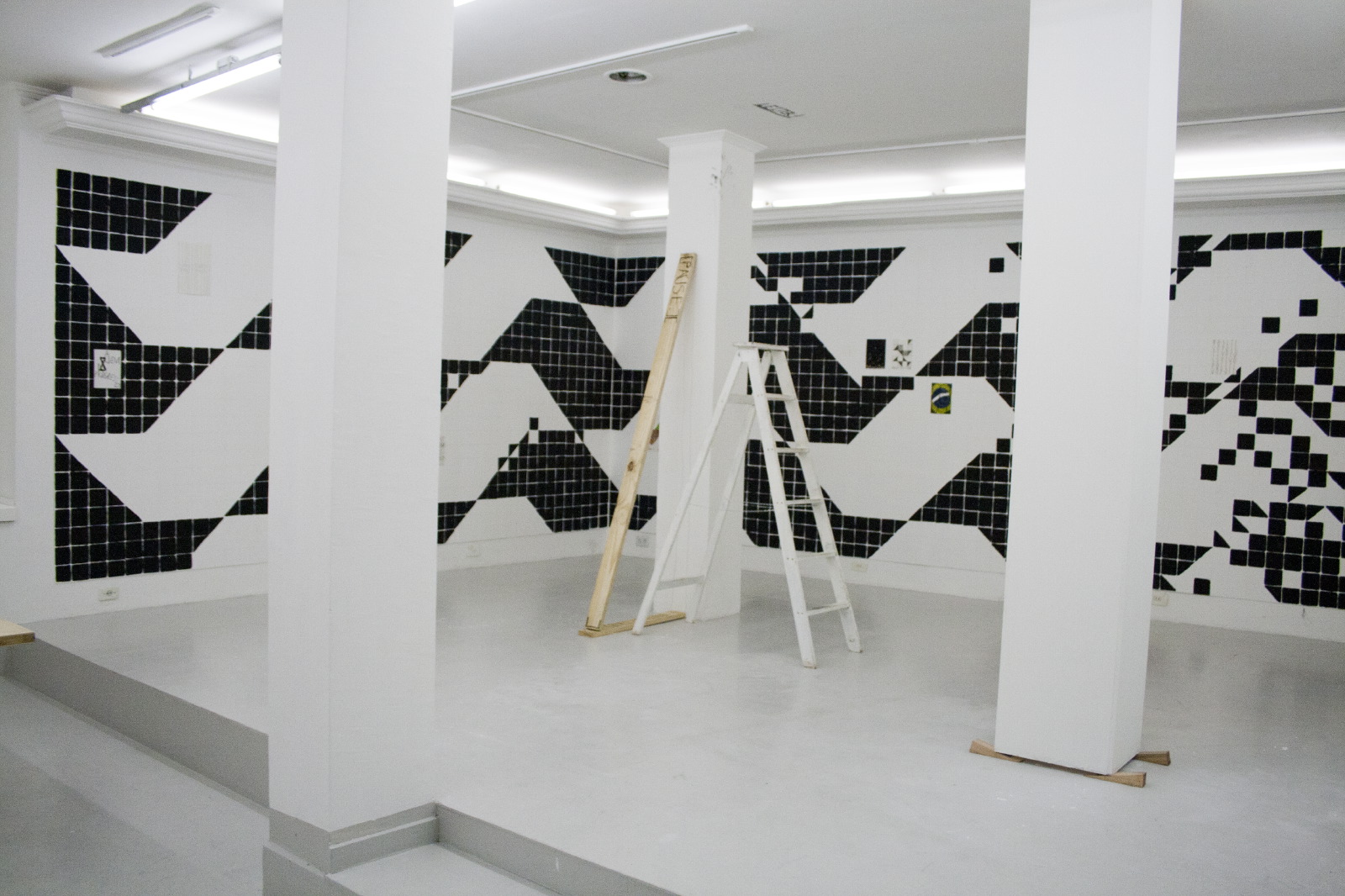 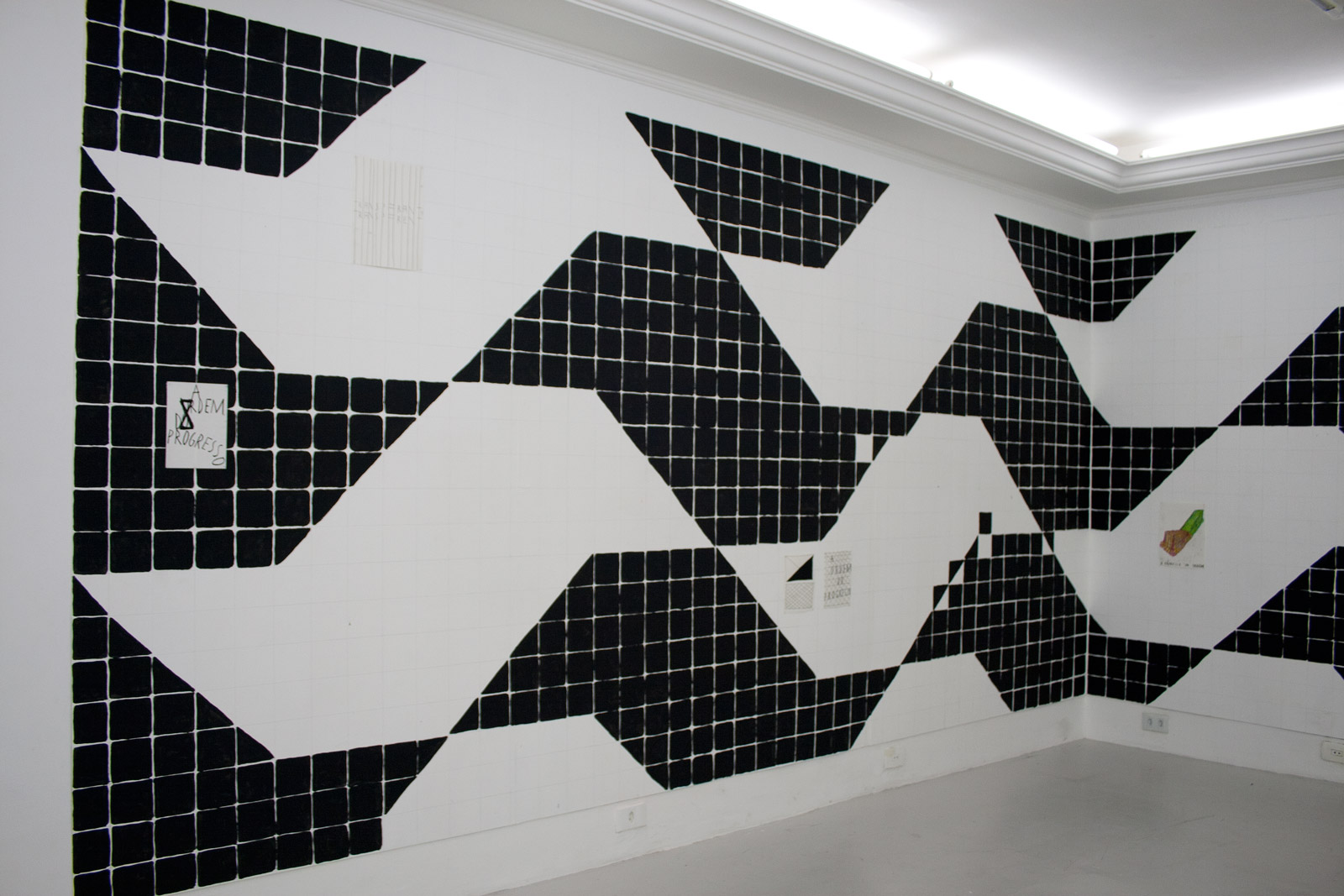 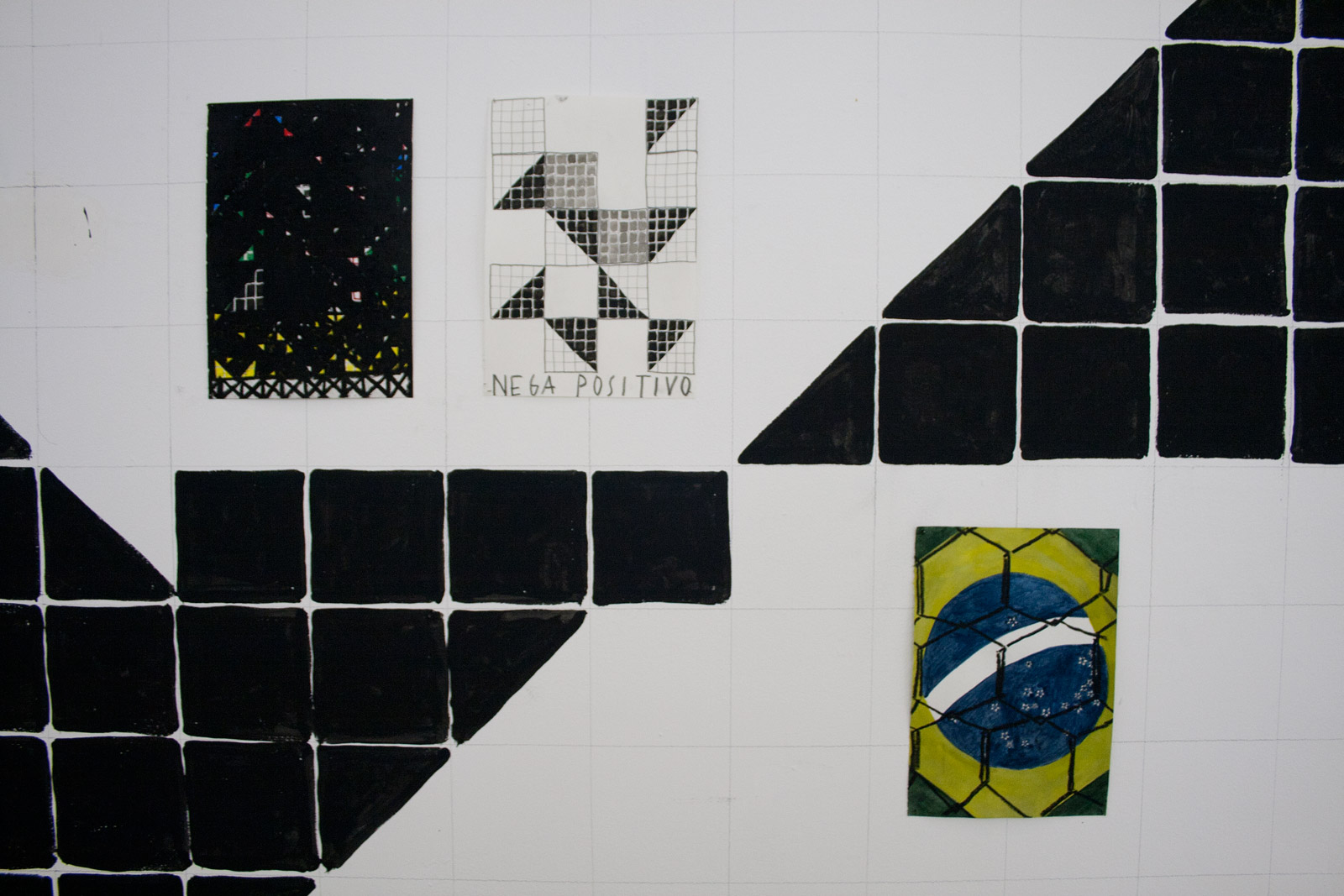 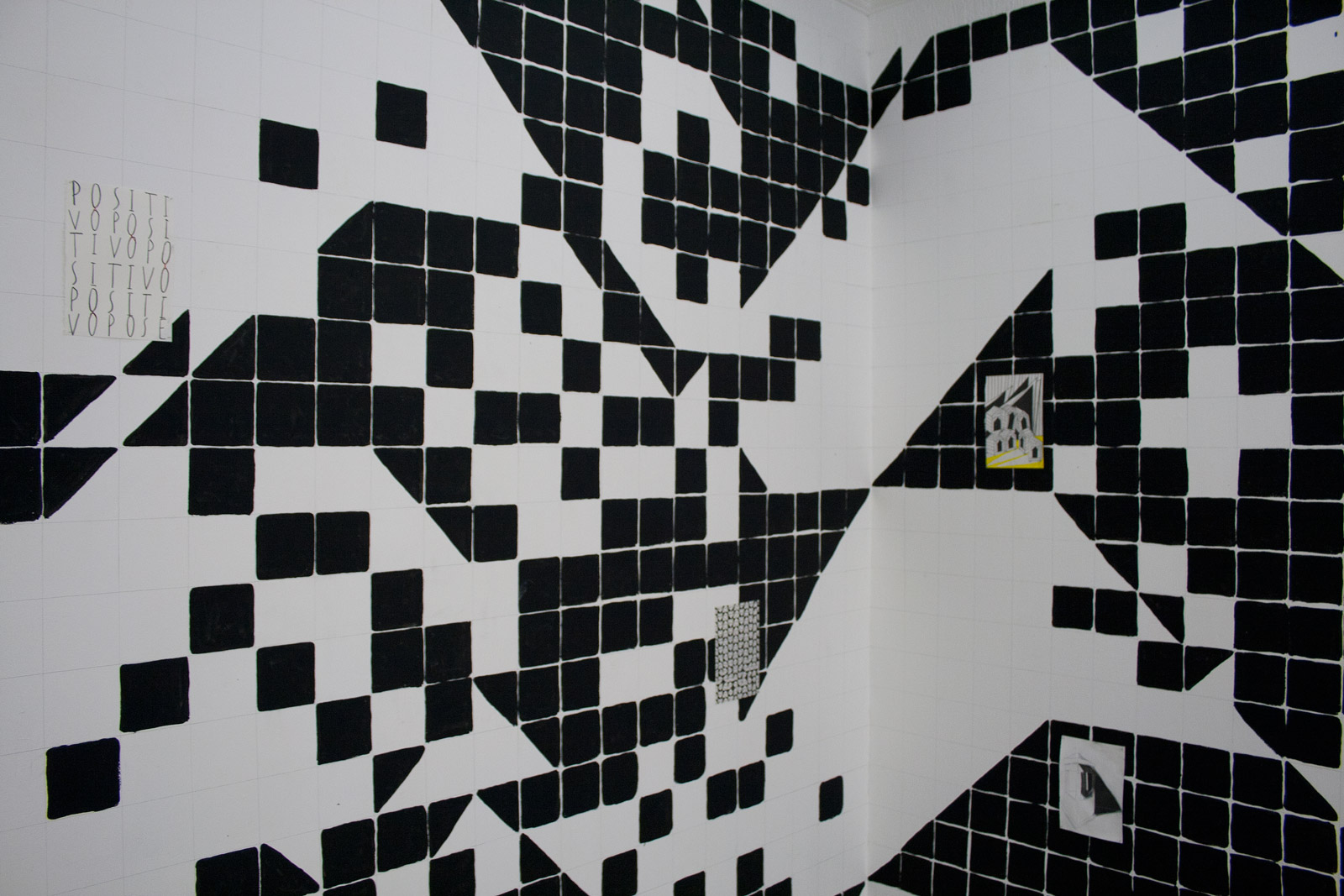 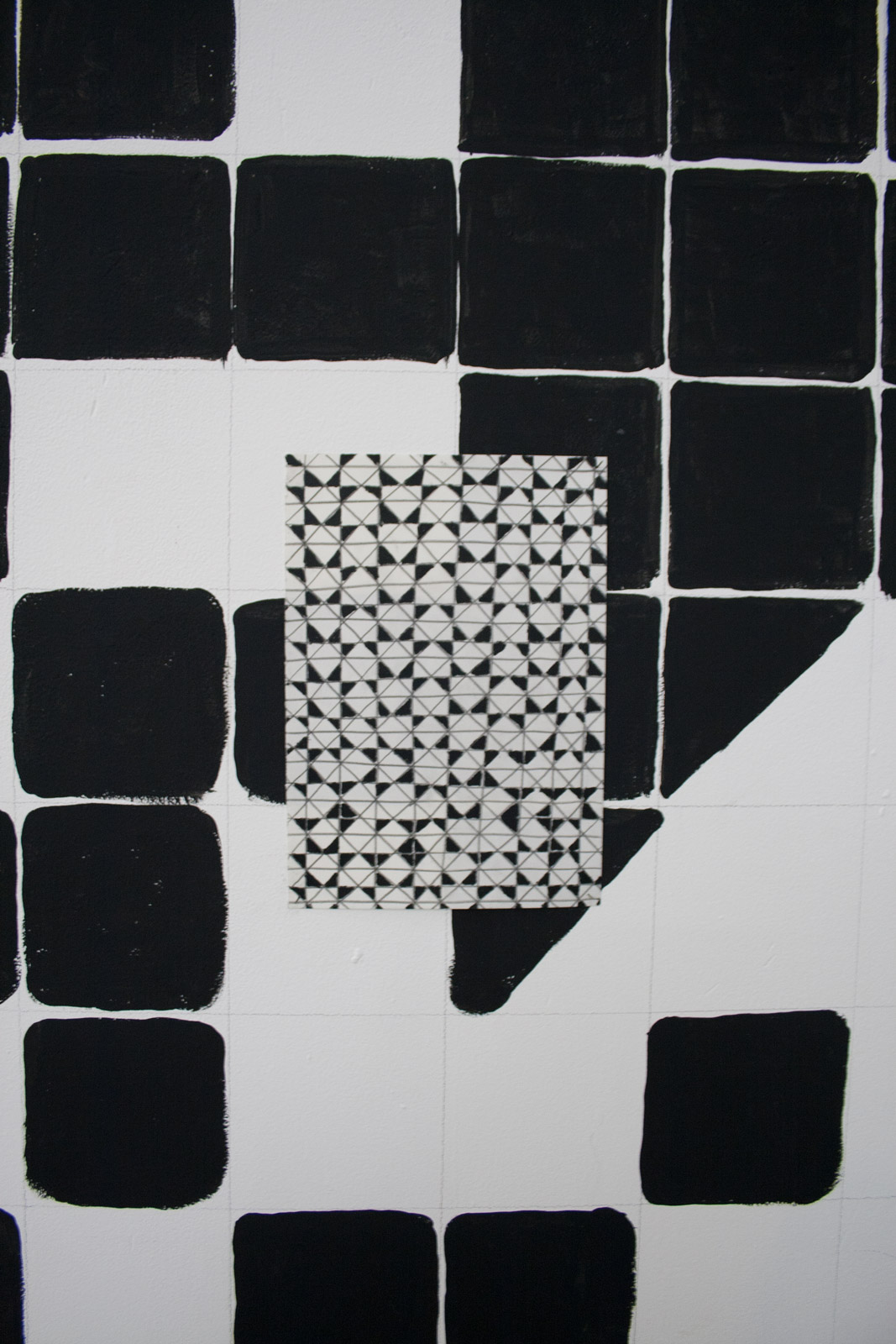 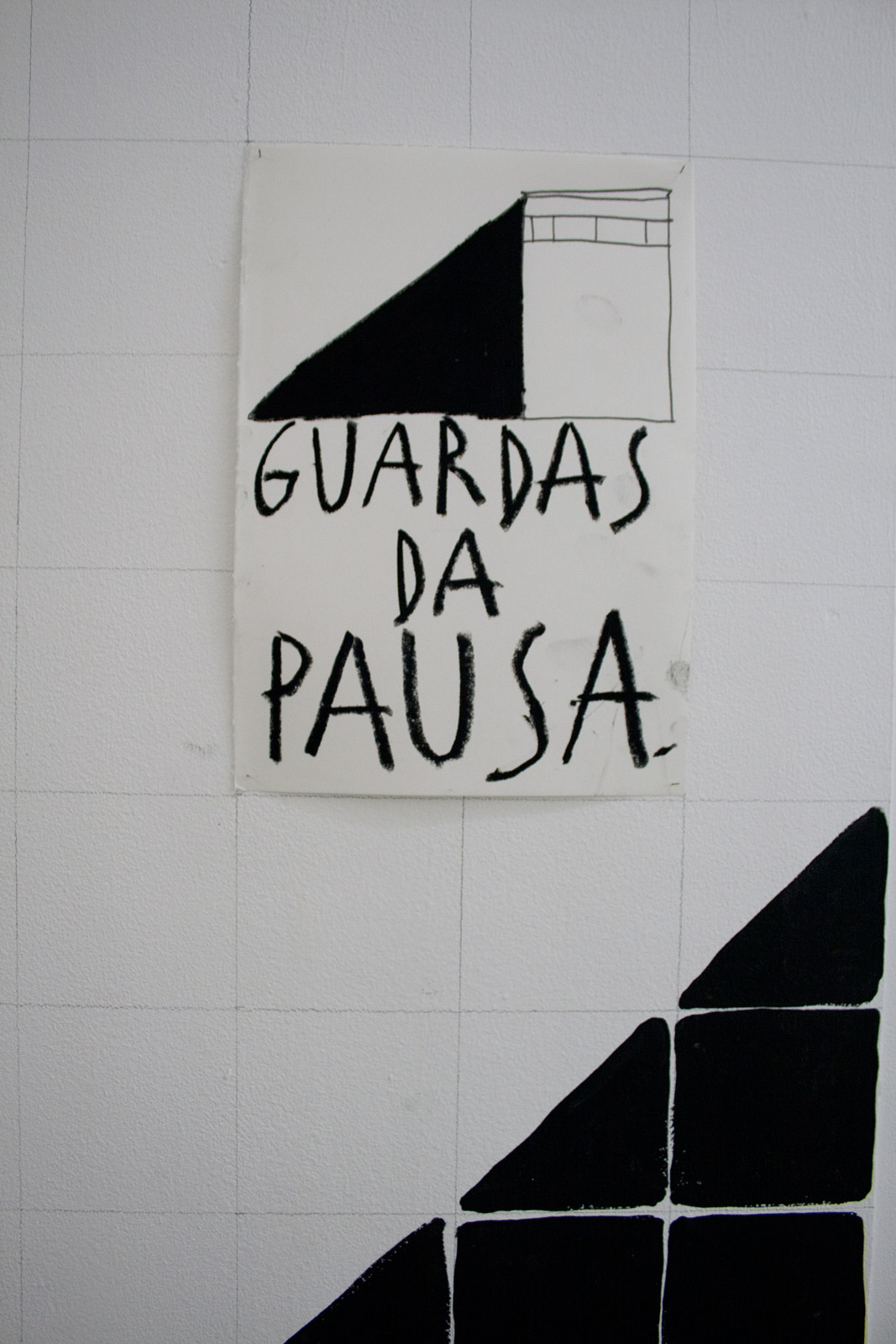 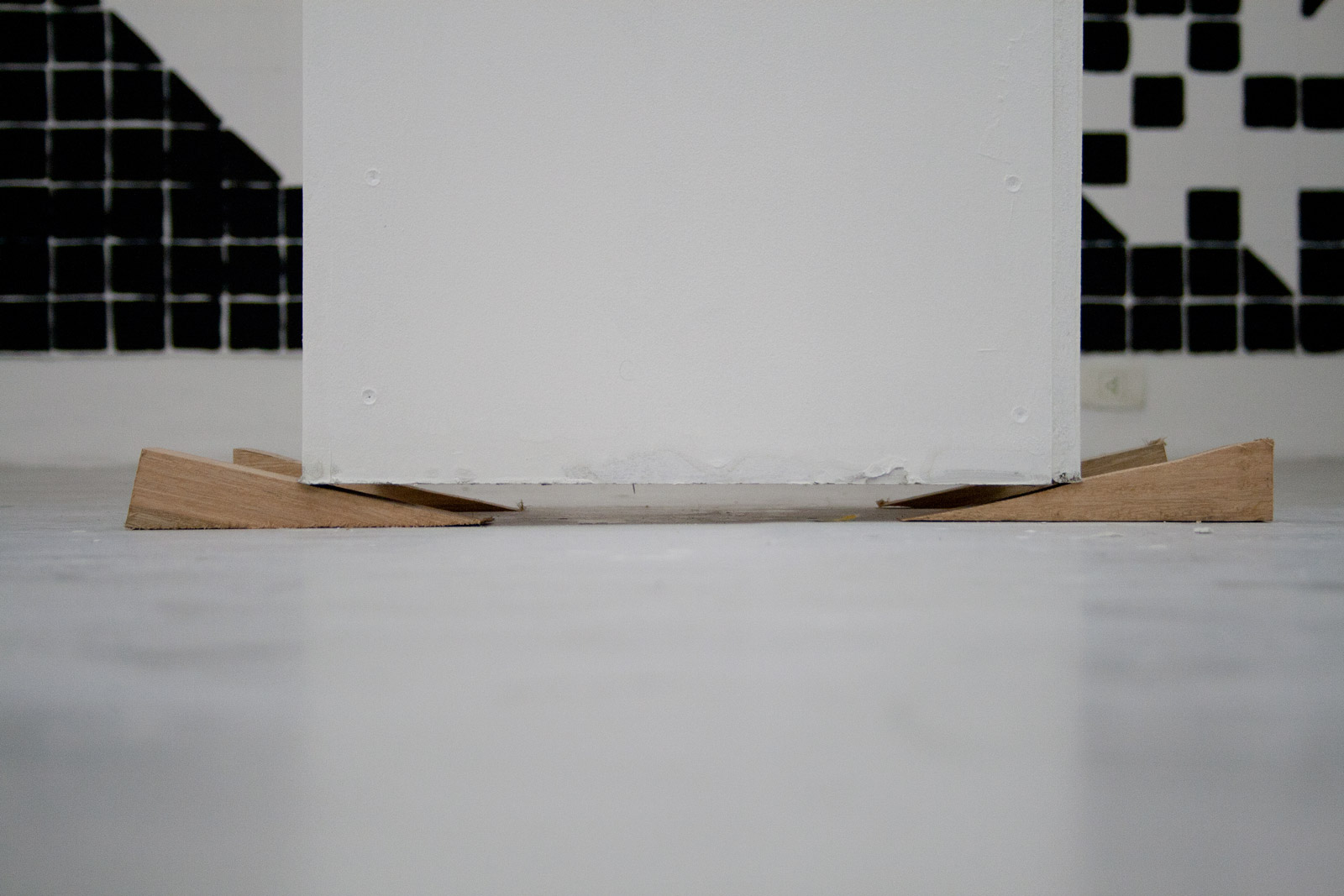 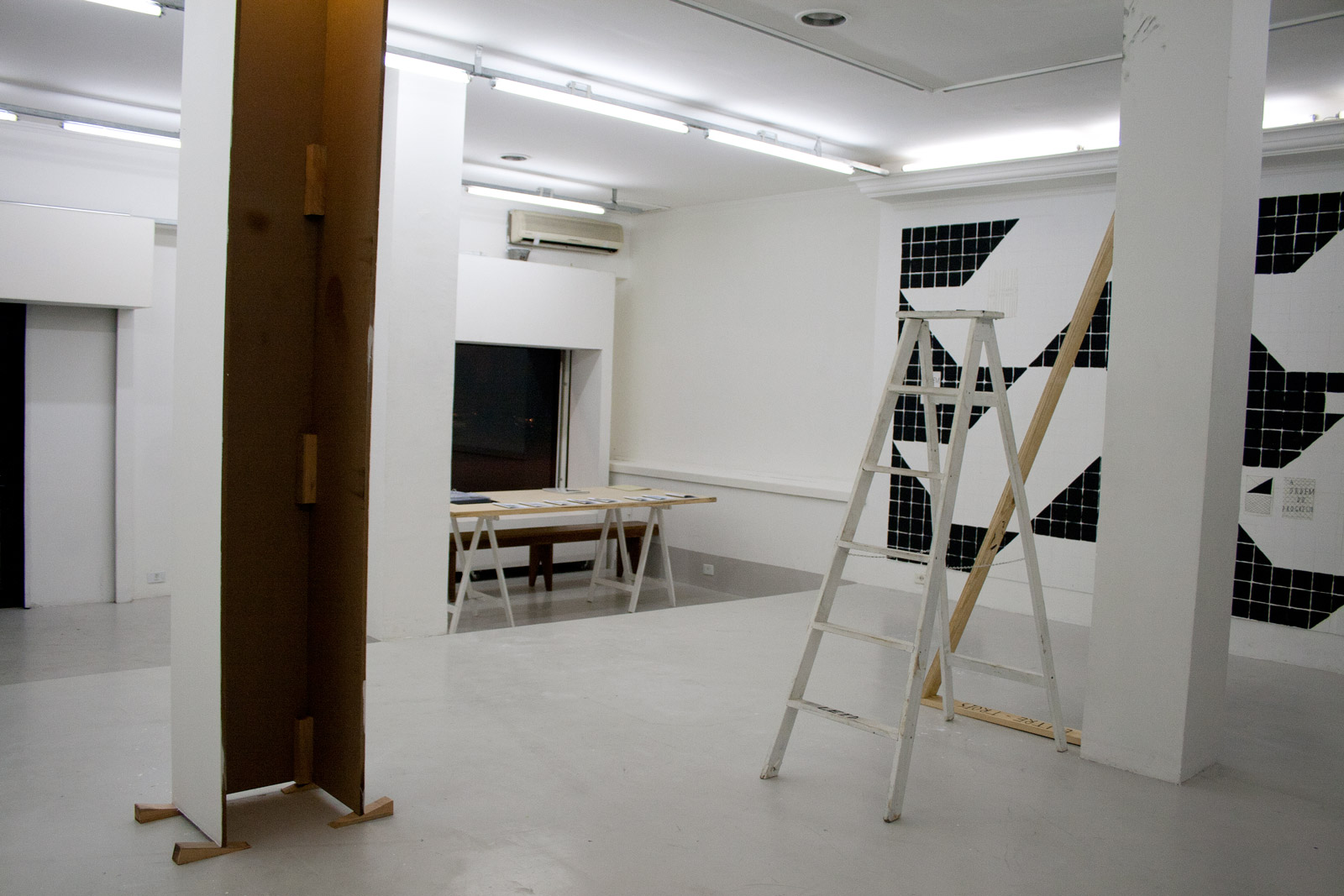 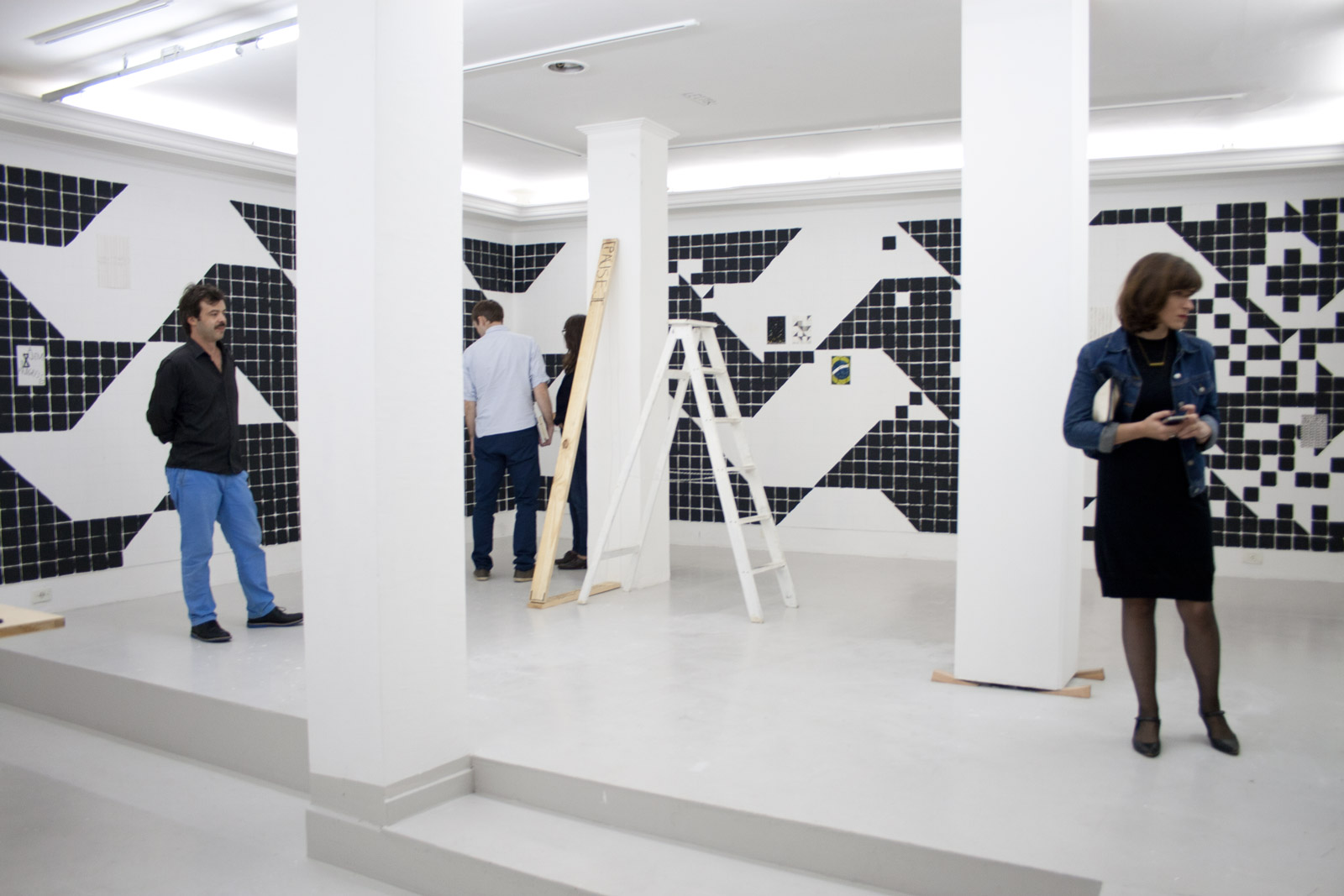 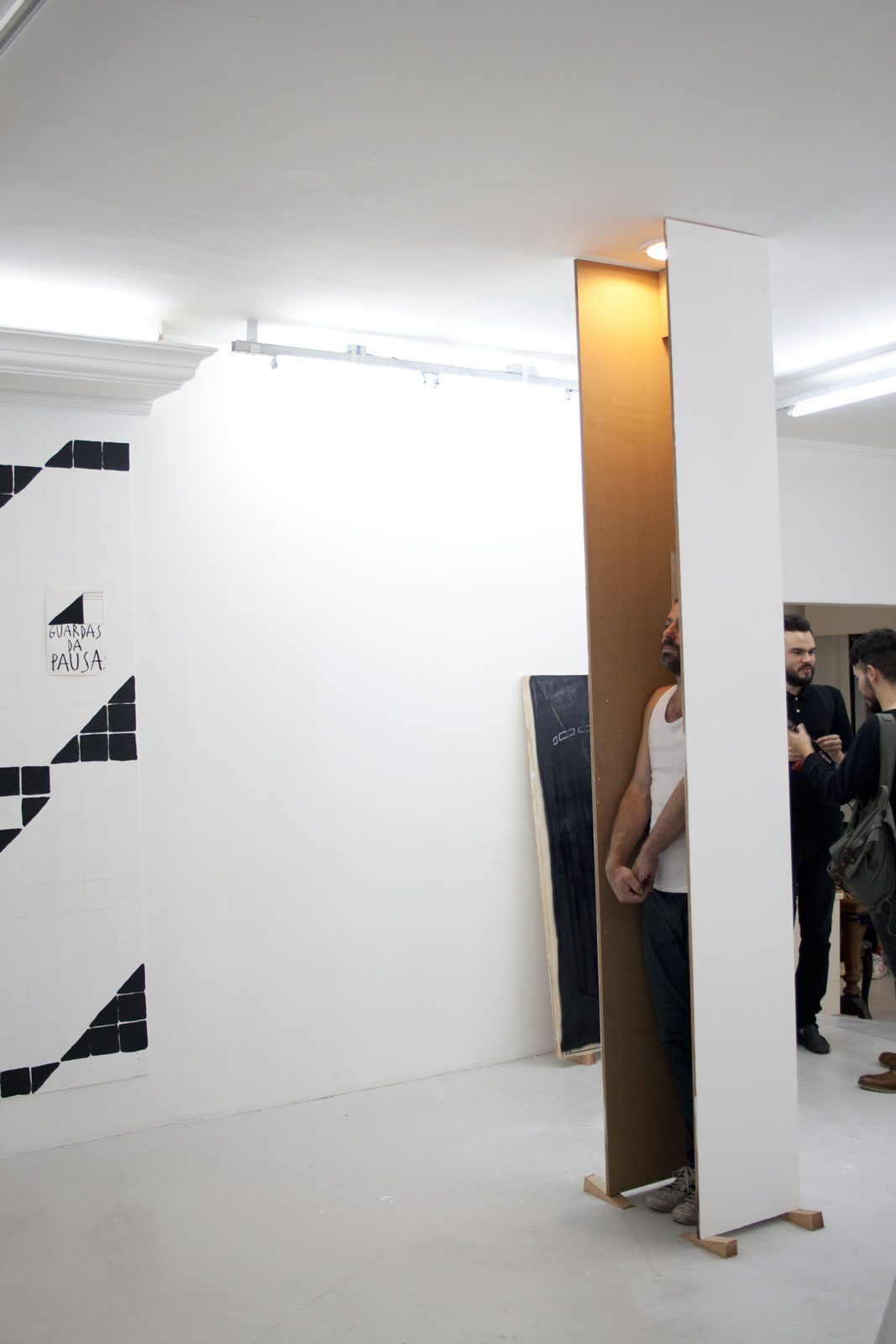 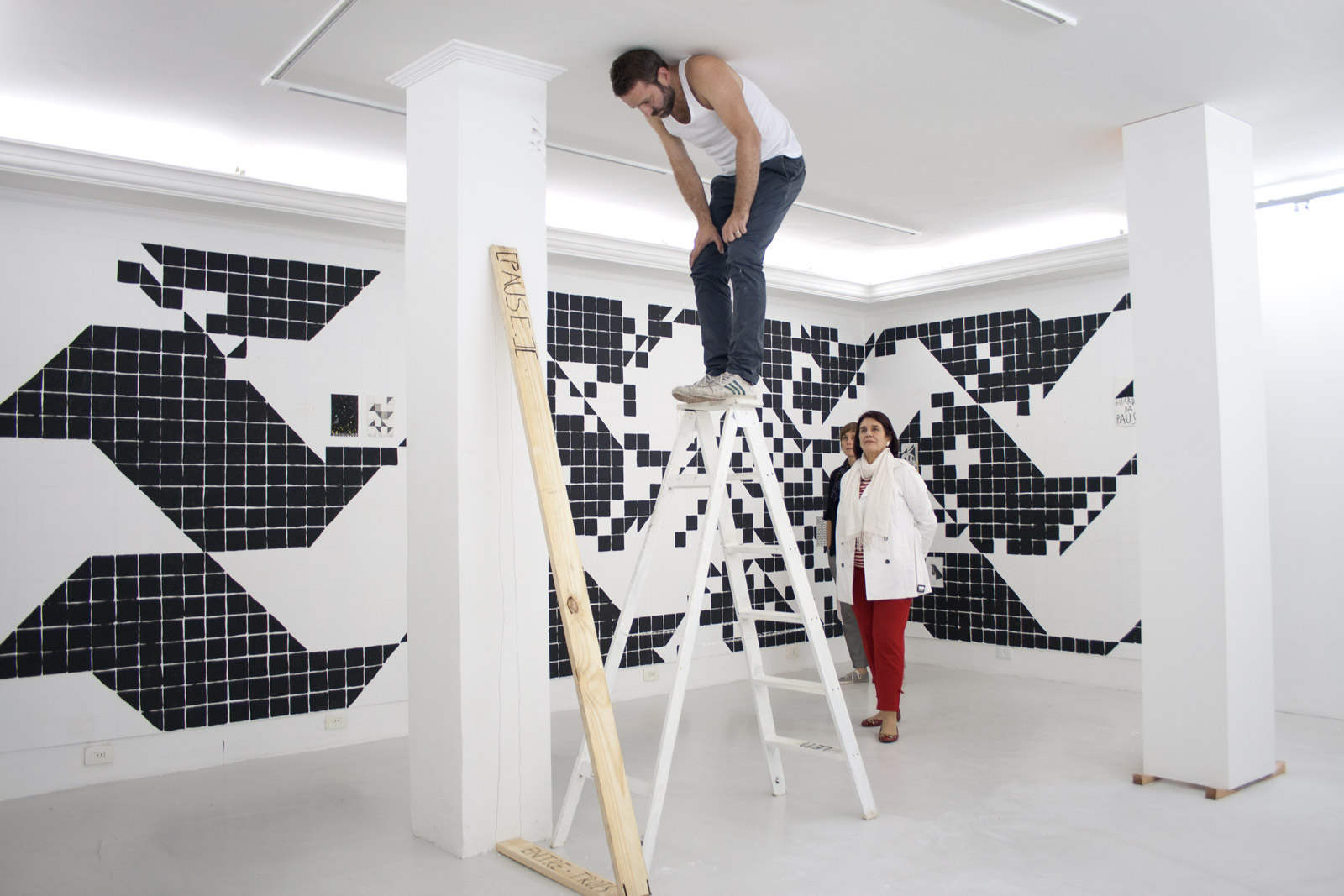 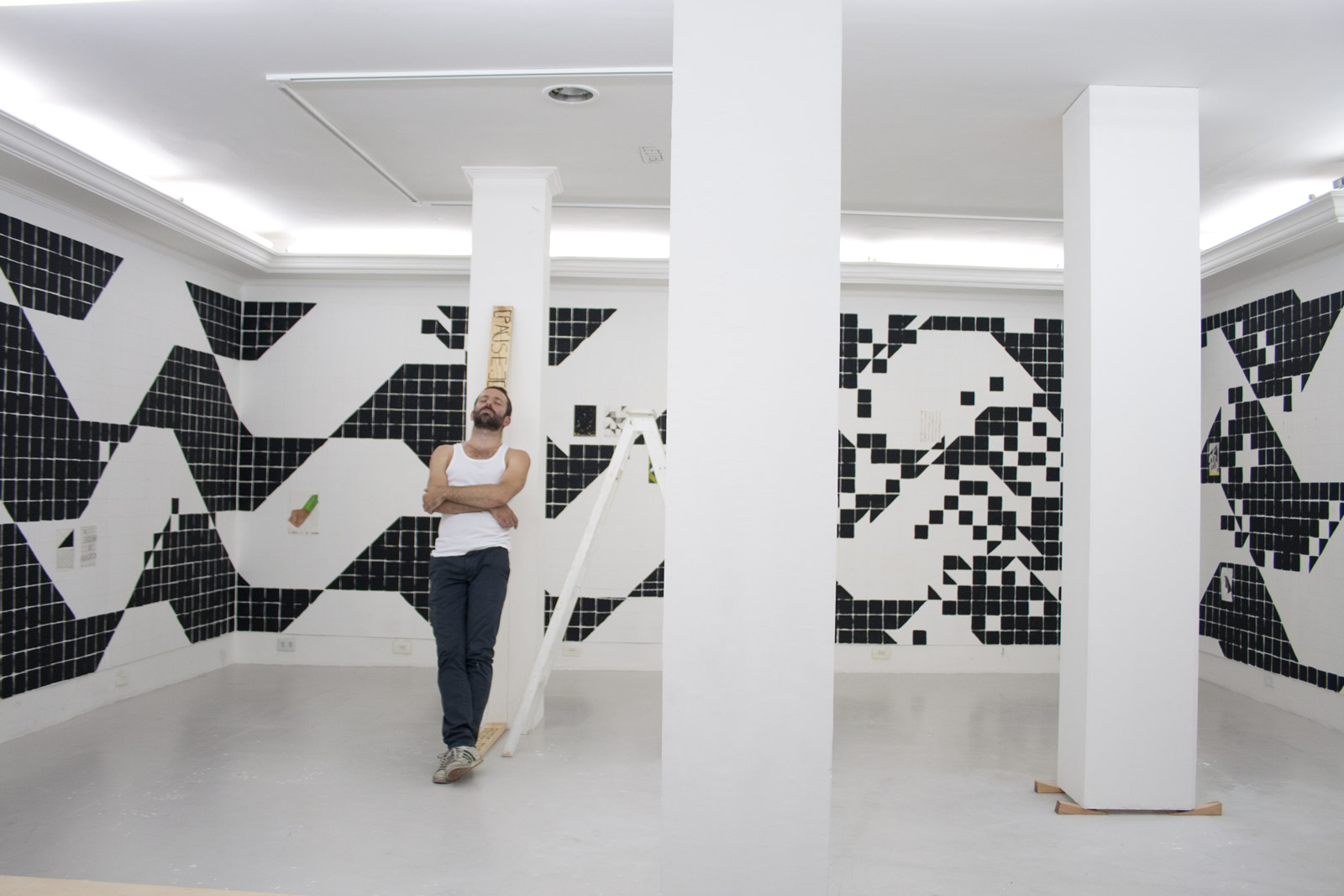 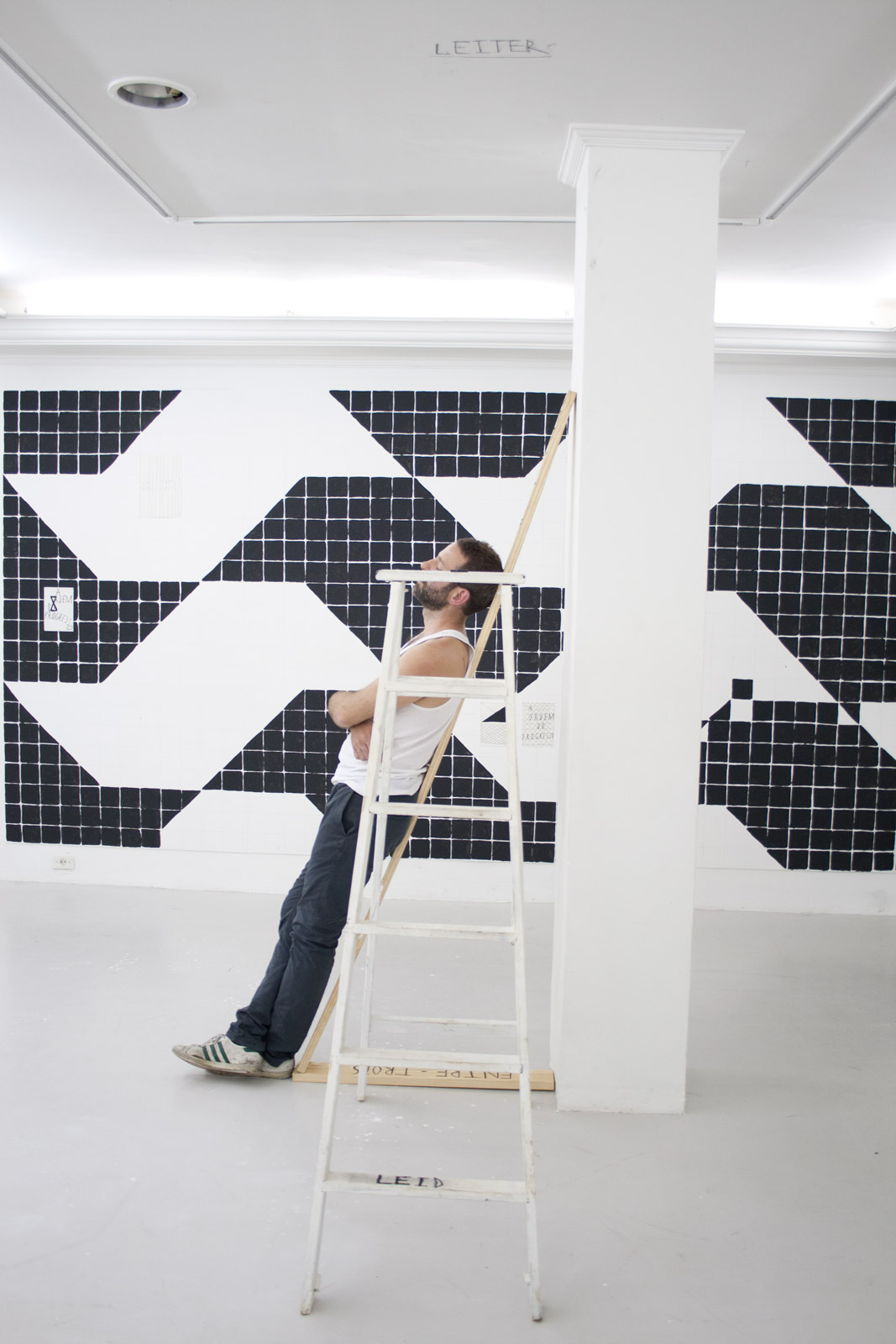 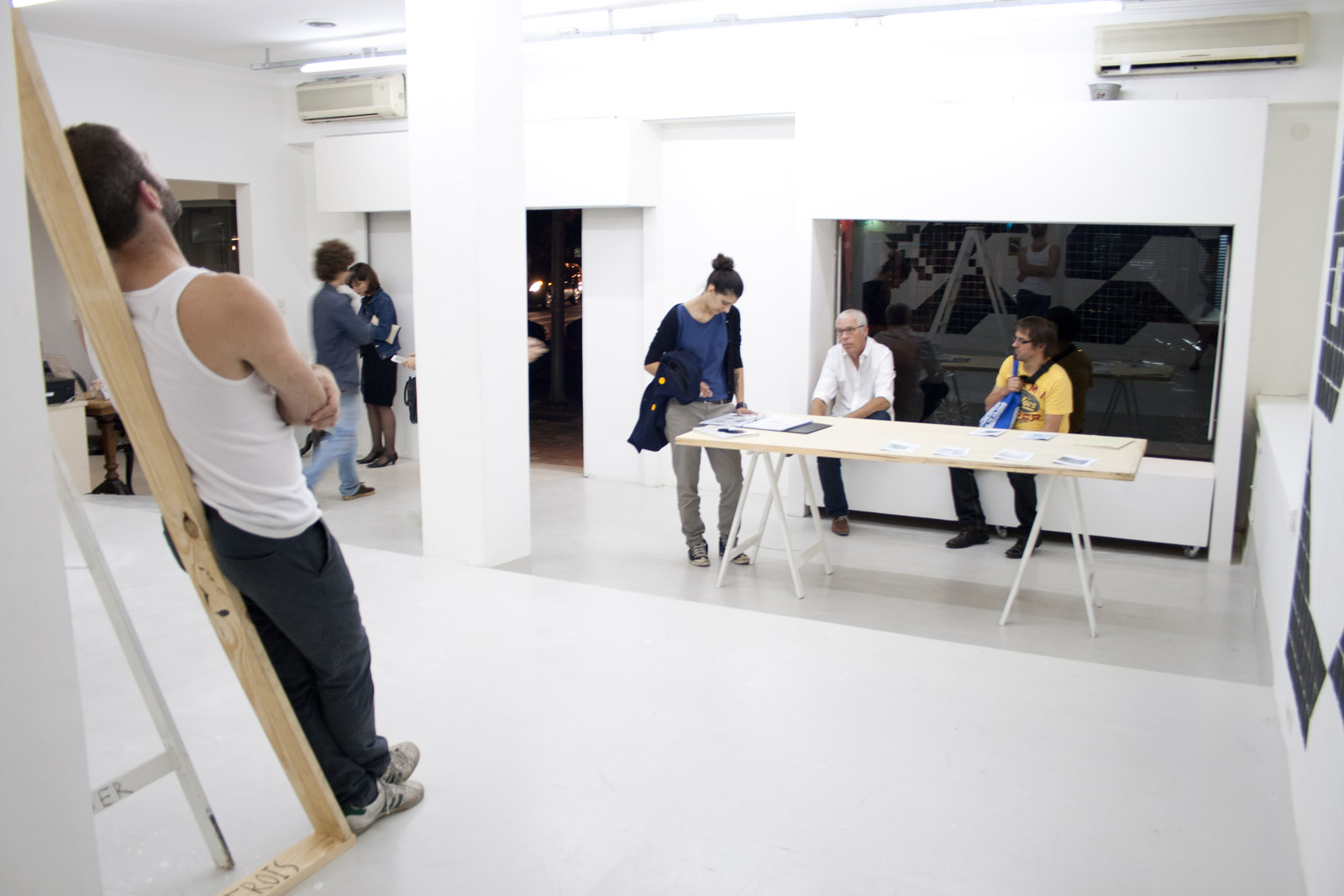 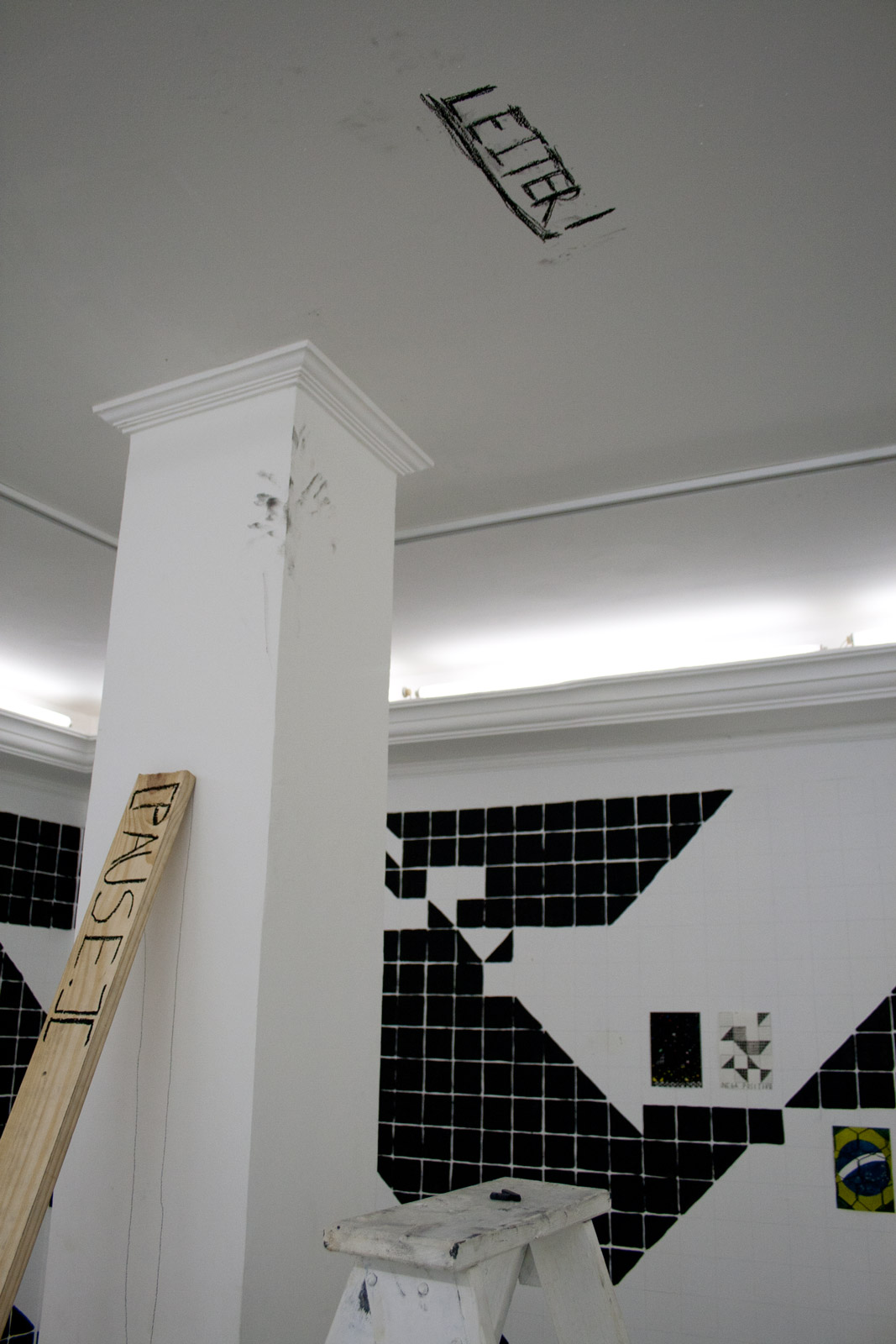 KUNSTHALLE Sao Paulo invites the artist Ante Timmermans (*1976 Ninove, Belgium) to present Ordem do Progresso, his first solo exhibition in Brazil, which ends the cycle of Social Critique of the project LX92.

Ante Timmermans is one of the most prominent artists working with drawings on the contemporary art scene. His works originate as drawings, mostly in black and white, which are made with very simple techniques, and are also sometimes transferred to three-dimensional installations that make use of the drawing vocabulary.

Reflecting on the absurdity of the daily routine, its repetition, the bureaucracy, the monotony of labour and the role of entertainment, the artist reveals in his work hidden systems, be them the social ones or those used as tools to control our thinking. Symbols like the circle, the infinity, stamps, donkeys and people transforming into these animals of burden, often appear in his earlier works, representing the inertia of everyday life generated by the collective belief in the need for continued progress.

In his latest work, Timmermans points to the need of getting out of this positivist consensus of productivity and development, coming at a time of Pause; a time in which he stops to stand still and enjoy the freedom to reflect. Hence, the wedge arises as a new element that the artist uses to block the movement of the systems in his drawings. This element also represents the mountain of the myth of Sisyphus, in which this absurd hero is condemned to roll for eternity a large marble stone, which, on reaching the summit, rolls down the mountain, back to the starting point.

In Ordem do Progresso, the artist analyzes the social context of Brazil, whose flag is based on the positivist motto «Love as principle, order as the basis, progress as the goal», but whose social values are opposite to it. The exhibition consists of three elements: a wall painting which reproduces the typical graphic design of São Paulo's sidewalks, that after maintenances is not properly reproduced, revealing the neglect of aesthetics and cultural goods; a series of abstract and figurative drawings in small format, which also allude to elements extracted from the city; and also a performative installation, composed of different elements with which the artist performed three actions during the exhibition opening.

Named Positivopose/Leid-Leiter-Leider/Pause, the installation created for the exhibition space a third column that causes estrangement for being suspended by four wedges and lacks one of its sides. From within this false column, the "house of the pause guard", the artist read the text on the drawing fixed on the opposite wall POSITIVOPOSE. The second element is a ladder with the words LEID (suffering), written on the first step, LEITER (ladder, but also a leader), written on the ceiling, and finally LEIDER (unfortunately) written on the other base of the ladder. In this action the artist, speaking the words slowly, climbed the ladder, rewrote the word LEITER on the ceiling and went down to the position of LEIDER, making an allusion to the mountain of Sisyphus. Finally, the artist lied in a strip of wood with the word PAUSE, and remained in pause.